CEBU, Philippines – An export group yesterday opposed the proposal of Sen. Miguel Zubiri on the total ban of shells and its by-products contending that millions of fisherfolk nationwide and their dependents will be affected by the loss of income and livelihood.

Zubiri made the suggestion as an offshoot of the apprehension of million of pesos worth of black sea fan corals, an endangered specie, two weeks ago by the Bureau of Customs in Manila and in Cebu. 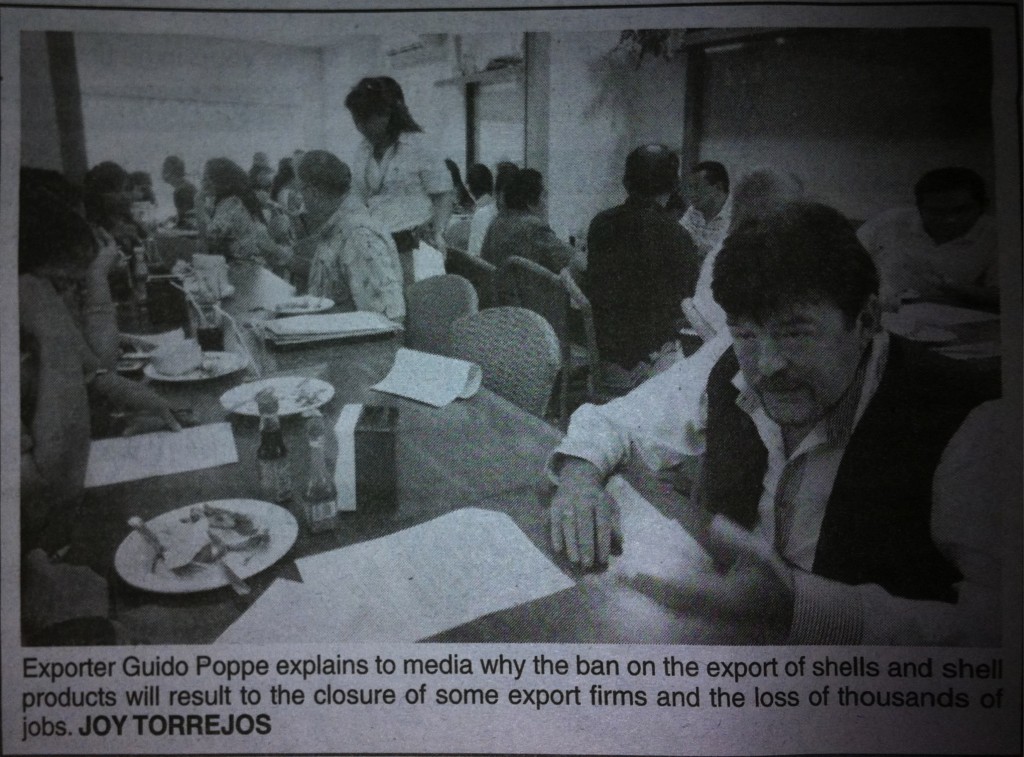 Joy Sharpe, president of Asia Trade which exports shell products, said that although they condemned the harvesting of black corals because it is destructive to the environment, the legitimate shell and shell products exporters are only exporting products not prohibited by law.

Sharpe said that the administration of President Benigno “Noynoy” Aquino III should not implement Zubiri’s plan as the industry will surely collapse.

The Visayas alone has around 600,000 people engaged and dependent on the shellcraft industry.

The 31 members companies of the industry, who are now under the Philippine Export-Cebu will tie up with the academe and other sector to enlighten the public that their business does not deal with endangered species.

She added that before their products are exported, these undergo pre-evaluation by the BOC to ensure that these are fit for export.

Antonio Chua, proprietor of Kalayaan Shellcraft Export said that their group is composed of legitimate shellcraft exporters and if the government imposes a total ban on all their products it would do much harm to the economy.

Fred Escalona, executive director of Philexport said that they will fight on behalf of the shellcraft industry against the total ban of shellcraft.

The Cebu Green Trade Organization (GTO) is established in 2011 as a non-profit organization that groups all shell and shell craft exporters in Cebu. GTO is a sector member of PhilExport.